This website does not support Internet Explorer, We recommend Edge or Chrome.
City Home PageGovernmentBoards and CommitteesHistoric and Landmark Preservation CommitteeHistoric Families of ChesterfieldRombach Family

The Rombach Pumpkin Farm is well known throughout Chesterfield and beyond.  Schools as far away as Wenztville schedule fall field trips to the farm.  The farm also hosts corporate and birthday parties.  It is open to the public from September 20 until October 31, 9:00 am to 6:00 pm daily for pumpkin purchases, hay rides, the Great Pumpkin Pyramid and a country store.  The farm, located today at 18639 Olive Street Road, had originally been owned by the Boisselier family in 1796 and later by Al Wilmas, Sheriff of St. Louis County.  The Gumbo Bottoms farm (today Chesterfield Valley) was purchased by Karl Rombach, Sr. in the 1920s.

For the past eight years, Norman’s son Chip and Chip’s wife Marcia have been managing the approximately 70 acre pumpkin farm.  The rest of the original acreage purchased by Karl, Sr. has been sold and the other crops have been eliminated.  Visiting the Rombach Pumpkin Farm every October has become an annual tradition for many area families. 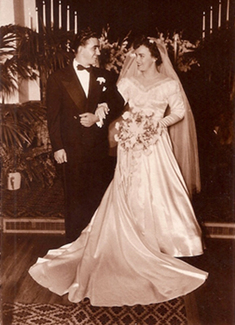 These items are available at the Chesterfield City Hall, 690 Chesterfield Parkway West.  Finally, speakers on the above subjects for adult and youth groups can be arranged by calling 636.537.4000.