Franz Heinrich and Dorothy Louise Kraus Sellenriek immigrated from Heddinghausen, Germany in the early 1850s.  On 22 November 1855, their son Henry G. Sellenriek was born. Granddaughter Hope Sellenriek Stemme described Henry as “a dapper, sparkly-eyed gentleman.”  He married petit and pretty Magdalena Koch (b. 25 July 1858).  She was the daughter of Mr. and Mrs. John Koch, Sr. of Manchester, Missouri.  John was a shoe cobbler, who lived on Manchester Road west of Woods Mill Road.

Henry and Magdalena Sellenriek had six children:  Lydia, John, Clarence, Henry (Harry), Katie and Clara.  Harry died at birth and Katie and Clara died in their teens after contracting diphtheria.  The Sellenrieks lived and farmed a homestead on White Road, part of which is now Green Trails Subdivision, where they lived during their entire marriage.

John, Henry’s son, took over the farm and his brother Clarence (1897-1962) worked as a lineman for the Chesterfield Telephone Company.  Clarence’s wife Eva (1898-1993) worked as a telephone operator.  They and their daughter Hope lived in a small apartment above the Chesterfield Post Office. The telephone switch board occupied the front room of the apartment and a kitchen and bedroom were located behind it.  The family‘s bathroom was a shack located downstairs and outside.  The building minus the shack still stands at the corner of Old Chesterfield Road and Baxter Road.  The east side of the building housed a bank with an apartment also above it. Kroger’s Mercantile was across the street and next to the railroad tracks.  It burned down around 1945.  Eva was a very modern woman for her times.  Besides holding a job, she also drove “a machine” or automobile.  According to her daughter Hope, the only other females in the area who drove machines were teachers Mrs. Jessie Schrader and Mrs. Garnet Schaffer Glaser.  Magdalena (d. 20 May 1920), Henry (d. 12 Nov 1934), Clarence and Eva are buried in St. John’s Cemetery. 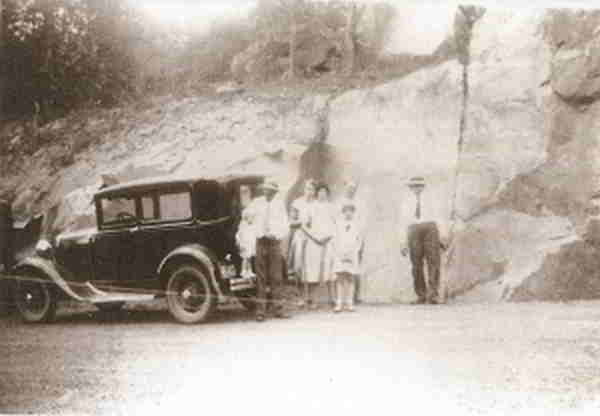