This website does not support Internet Explorer, We recommend Edge or Chrome.
City Home PageGovernmentBoards and CommitteesHistoric and Landmark Preservation CommitteeHistoric Families of ChesterfieldReising/Hoefer Families

As a young man, August W. Reising (1870-1953) worked as a laborer in St. Louis.  He wanted to own a farm, so he moved west to the Chesterfield area where he initially did farm work for Mr. Kuhlmann.  Through this job, Reising met and married Kuhlmann’s daughter Mary (1866-1927).  Eventually, he purchased 265 acres on Olive Street Road near Lake, Missouri.  It was mostly bottomland on which he raised potatoes, wheat, corn and several acres of vegetables.  He also owned a threshing machine and used steam plows for plowing.  He built a beautiful $14,000 home on his property and purchased an automobile.  The home was built in 1904 and rebuilt in 1915 after a fire destroyed all but the foundation.

August and Mary Reising and Emil Hoefer Jr. are buried in the St. John’s United Church of Christ Cemetery. 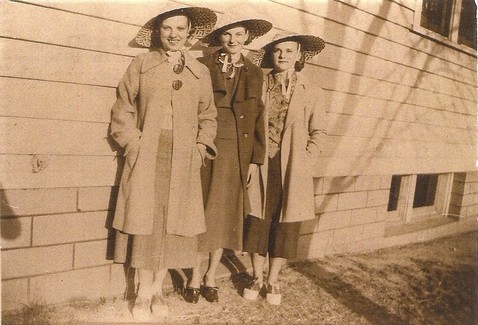 Eileen, Lois and Lil, daughters of Emil and Lena Hoefer, Jr. Taken in 1938 by the Reising house on Olive Street Road.