This website does not support Internet Explorer, We recommend Edge or Chrome.
City Home PageGovernmentBoards and CommitteesHistoric and Landmark Preservation CommitteeHistoric Families of ChesterfieldAlbrecht Family
Edited by Ann Chrissos

Samuel Albrecht and his siblings (Goetlieb, Ernest, Annie and Caroline) were born in Germany.  According to the United States Federal Census, Samuel resided in Meramec Township of St. Louis County in 1850.  He and his wife, Mary Hill Albrecht, had a son named John Samuel Albrecht.  Samuel died in 1879 and his widow married Charles Eisenhardt.  They had a son, August.  John Samuel married Lydia Sellenrick in 1903 and they lived on a farm on Conway Road until 1934.  They had five children:  Harold who married Annie Schnarr and had a son, Norman; Ernst who married Theresa Dielmann and had three children – Margaret, Roy and Jane: Herbert who married Marie Haas and had four children – Barbara, Lucille, William and Patti; Lester who married Virginia Hoch and had three daughters – Deanna Irma, Mary Louise and Linda Virginia (corrected information); and Irma who married Erwin Kroenung and had two children – Glenn and Paul.  In 1934 John and Lydia purchased the Herman Stemme farm a home on Olive Street Road and owned it until 1957.  Their neighbors were William Heller and his sister, Augusta who lived to the east and Mrs. Weidner, who lived across Olive Street Road from Clem Imhoff’s barber shop.  Lydia’s parents were Henry Sellenriek (b. 22 Nov. 1855, d. 12 Nov. 1932) and Magdalena Hoch (b. 25 July 1859, d. 20 May 1920). Many of the Albrechts are buried in the St. John’s United Church of Christ Cemetery or in the Gumbo Cemetery.   For more information see the Lester Albrecht family.

Lester Albrecht Family
Lester Albrecht was born in a house on Conway Road near St. Luke’s Hospital.  He married Virginia Hoch, the daughter of William and Matilda Hoch.  They had three daughters:  Deanna (b. 1942) who died in 2011 from ovarian cancer; Mary Lou; and Linda.  Deanna married Ron Throckmorton and they had one child:  a son Vincent.  He had two daughters, Bobbi and Samantha.  Mary Lou married Jeff Rryan.
Some of the Albrechts are buried in a cemetery on Mason Road.

Source
Vincent Throckmorton had a telephone interview with Ann Chrissos on 19 August 2015. 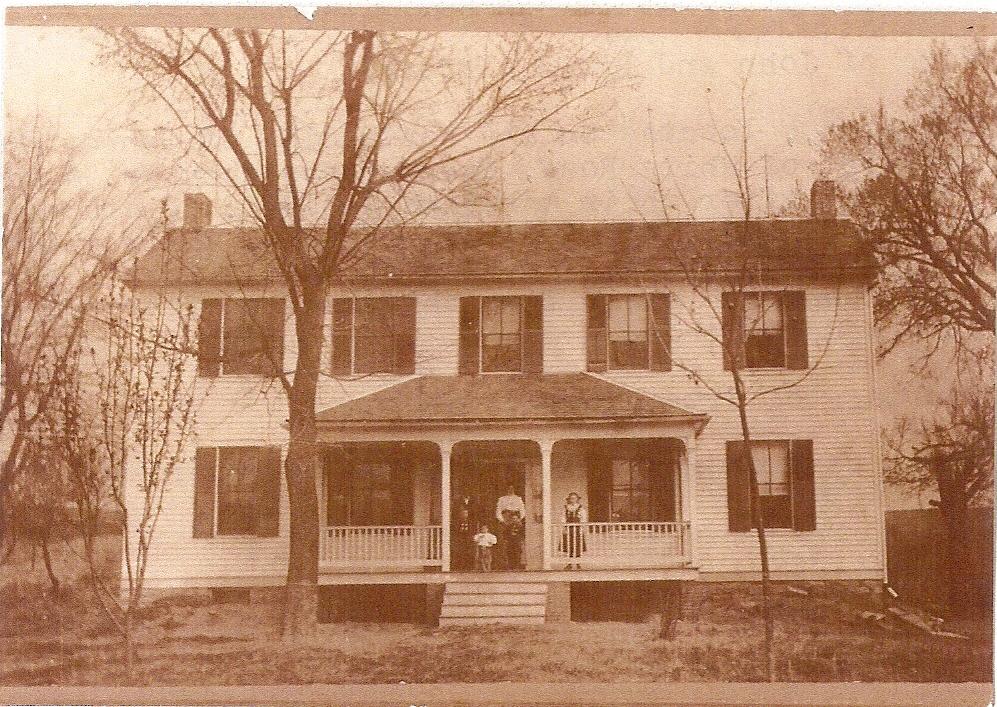 John and Lydia Albrecht stand on the porch of their home, located on the north side of Conway Road and west of White Road.  In front of them are their children, l – r, Harold, Ernst, Herbert and a foster daughter, Rosie Dunham.   Courtesy of Irma Albrecht Kroenung