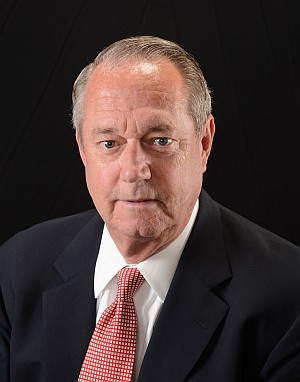 Michael Moore was sworn in to represent Ward III residents on April 18, 2018.

My wife Judy and I have been residents of Chesterfield for over 30 years, and have only lived in Ward III neighborhoods (Meadowbrook Farm, Claymont Estates and now Fairfield Farm Estates). We raised two daughters in Chesterfield, with both attending Parkway West schools.

Professionally I joined Ralston Purina Company in 1985 and built a successful career in marketing. I stayed with Purina through the Nestle acquisition of Purina in 2001 and I took the opportunity to live overseas for 3 years on an assignment at Nestle Headquarters in Switzerland. I returned to Nestle Purina in 2012 and retired from the company in 2015. Since then I have set up a small marketing consultancy company to advise small-to-medium size companies on digital marketing.

Judy has been with Friendship Village Chesterfield for over 20 years, where she serves as Marketing Director for Independent Living, where she helps seniors make the transition to senior living as the next phase of their lives.