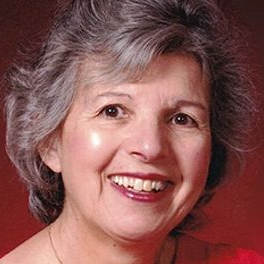 
I was born and raised in St. Louis, attended public schools, and earned a BA from Washington University.

My husband Homer and I moved to Chesterfield 53 years ago. We have been an integral part of Chesterfield from its rural identity to the flourishing city it has become.

We raised four children who attended Parkway schools and have eight grandchildren. Throughout my years in Chesterfield, I have continuously worked for the well-being of children in our area and the St. Louis community at large.

I was elected president of the Board of Directors of the Delta Gamma Center for Children with Visual Impairments which provides free services to legally blind children.  Most recently I served on the Parish Council of my church.

These positions have provided me with a wealth of knowledge and insight into governing, organization, problem solving, and most importantly, finances.