NOTICE IS HEREBY GIVEN that the Planning Commission of the City of Chesterfield will hold a Public Hearing on Monday, November 25, 2019 at 7:00 p.m. in the Council Chambers at Chesterfield City Hall, 690 Chesterfield Parkway West, Chesterfield Missouri 63017.

P.Z. 15-2019 Wiegand Studio (Wiegand Foundation): A request for a zoning map amendment from the “NU” Non-Urban District and “C-3” Shopping District to the “PC” Planned Commercial District with an existing “H” Historic Designation to remain for two tracts of land totaling 2.82 acres located on the east side of Baxter Road at its intersection with Edison Avenue (17T220942, 17T310335). 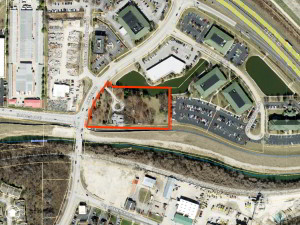 Anyone interested in the proceedings will be given an opportunity to be heard. Copies of the request are available for review in the Department of Planning & Development Services at Chesterfield City Hall, 690 Chesterfield Parkway West during weekdays between the hours of 8:30 a.m. and 4:30 p.m. If you should need additional information about this project, or for a list of requested uses, please contact Mr. Andrew Stanislav, Planner, by telephone at 636-537-4738 or by email at astanislav@chesterfield.mo.us.

Parcel 2: A tract of land located in U.S. Survey 2031, Township 45 North, Range 4 East and being more particularly described as follows: