NOTICE IS HEREBY GIVEN that the Planning Commission of the City of Chesterfield will hold a Public Hearing on Monday, October 8, 2012 at 7:00 pm, in the Council Chambers at the City Hall, 690 Chesterfield Parkway West, Chesterfield, Missouri 63017. Said hearing will be as follows: 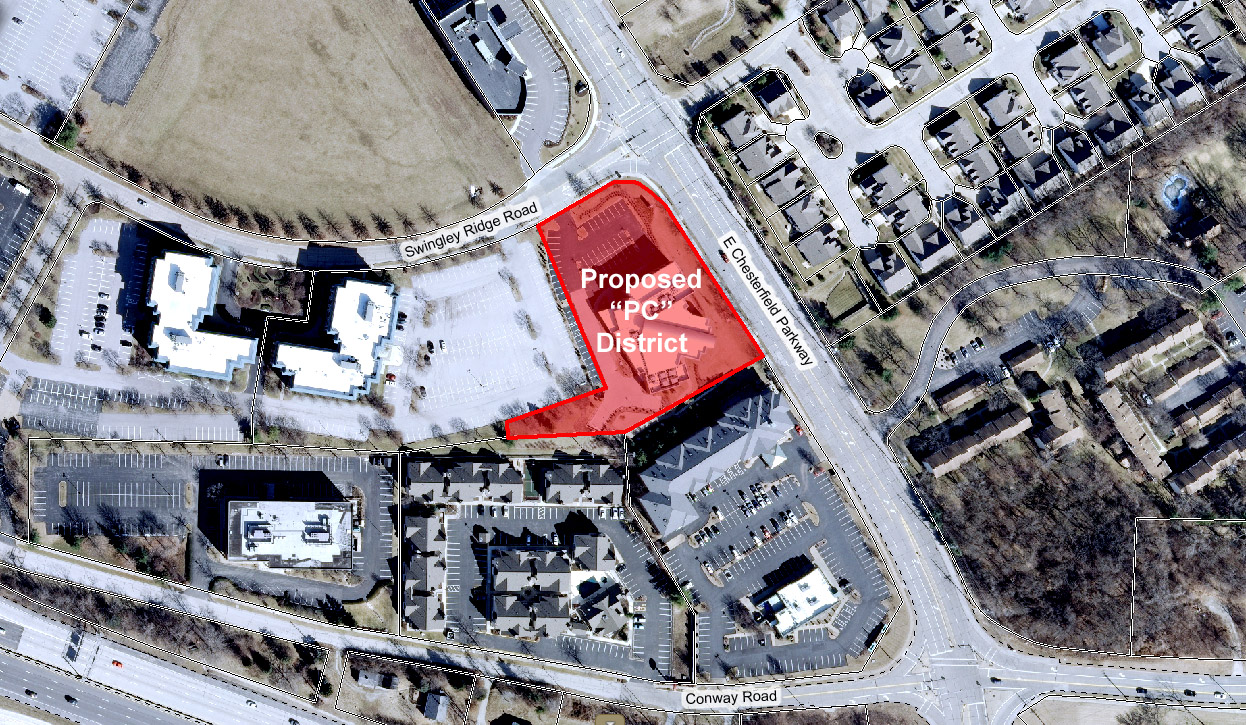 Anyone interested in the proceedings will be given an opportunity to be heard. Copies of the request are available for review in the Planning and Development Services Division at the Chesterfield City Hall, 690 Chesterfield Parkway West during weekdays between the hours of 8:30 a.m. and 4:30 p.m. If you should need additional information about this project, please contact Mr. Kevin Neill, Project Planner, by telephone at 636-537-4741 or by email at kneill@chesterfield.mo.us

A tract of land being New Lot 3C of a resubdivision of Adjusted Lot 3C of a Boundary Adjustment Plat of Lot 3B and 3C of the Subdivision of Lot 3 of Herman Stemme Office Park, a subdivision according to the plat thereof recorded in Plat Book 345 page 482 of the St. Louis County Records in U.S. Survey 415 and Section 10, Township 45 North - Range 4 East, City of Chesterfield, St. Louis County, Missouri and being more particularly described as follows: